Jordan’s film Payin’ The Price is a different sort of boy meets girl romantic saga.  Boy meets girl. Boy woos girl. Boy falls in love with girl. Boy hits girl?  Therein lies the problem.   And Jordan wants you to understand just how much of a problem it really is.

Before we go on, it’s important to set the record all the way straight. Jordan wasn’t 16 when he directed Payin’ The Price; he was 14.  And he isn’t just a filmmaker; he’s an actor, a model student, and a two-sport athlete.  Yep, he’s baaad like LL Cool J, Michael Jackson, and Shaft (The original; no disrespect to Sam)!

I recently caught up with the quadruple threat during the Brooklyn leg of his Speak Up and Get Out film tour to talk film, sports, Donovan McNabb, and why he wants to challenge Dr. Martin Luther King, Jr. in Xbox.

TL: I understand that Payin’ The Price wasn’t your first film. What was your first?

JC: Say It Loud, which is a documentary about the importance of education for African-American boys.

TL: What inspired you to make a film or want to become a filmmaker?

JC: When I was ten years old I became the voice of ‘Tyron the Moose’ on [Nickelodeon’s] Backyardigans. My Mother said I couldn’t spend all of my money buying video games or buying [Air] Jordans, so I had to help out my community.   So I thought about making a film. I saw how a lot of African-American boys were not focusing on their schoolwork; they were focusing on being the next Kobe Bryant or Michael Jordan. So I got all of their favorite celebrities; I put them in a film and I asked them questions about how education got them to where they were.  We made Say It Loud; then we did a 7-city tour. I saw how people enjoyed the film, so I decided I wanted to continue making films.

[Sidebar: Your eyes do not deceive you. Jordan was 10 years old when he directed his first film!]

TL: Good for you; congratulations!

TL: Are you going to do any more acting?

JC: Backyardigans was a great experience; I loved doing it and if the opportunity is there, I’ll definitely do it [again].

TL: What prompted you to make Payin’ The Price?

JC: After the 2009 Chris Brown/Rihanna situation, a lot of my friends were choosing whether Chris Brown or Rihanna was right. So I did research and found that 1 in every 3 teens are victimized through teen dating violence, which is scary. So I decided to make a cautionary tale about teen dating violence, because I think this is a serious issue that we need to stop.

TL: Why is it so important for you and for your peers to know about this topic?

JC: It’s important because 1 in 3 teens can become 3 in 9 and 3 in 9 came become 9 in 27; the numbers can get bigger and bigger…We live in an overpopulated world as it is, so the number is already gonna be substantial.

TL: What do you want your peers to gain from this film? 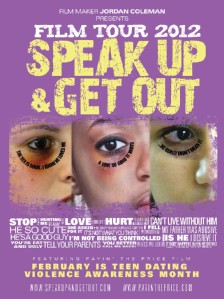 TL: Do you think a lot of the teens are afraid to speak up?

JC: Definitely. I asked a lot of my friends from school who have been in abusive relationships [that question]. And they said that they loved them [the abuser] and they were afraid to leave the relationship, whether because they buy them gifts or treat them nicely. I think it’s sad that someone is blind to the fact that you are being physically and emotionally hurt. You don’t understand that you need to get out of the situation.

TL: What do you want to say to your friends who are your age or even younger about being inspired to do great things and not being limited by their age?

TL: I was going to ask you about your athletic prowess.  So you play both sports?

TL: Really? What position do you play?

JC: I play running back. I play linebacker also.

TL: Okay! [We both laugh] Why do you like football so much?

JC: I just like that it’s strategic and you get to get physical. I like being physical and I like taking my aggression out on sports and that’s the best sport for it.

TL: Which team do you rep?

TL: Oh, ok. Are you guys originally from Philly?

TL: Ok, so why the Eagles? You’ve always been an Eagles fan?

JC: I’ve always been an Eagles fan. I liked the Donovan McNabb and Terrell Owens combo.

TL: Donovan is from my hometown – Chicago. [I never miss an opportunity to rep the Chi.]

TL: Yep. I think he’s gotten a raw deal over the past few years.

TL: He’s a really good guy and I hate the way his career has gone. 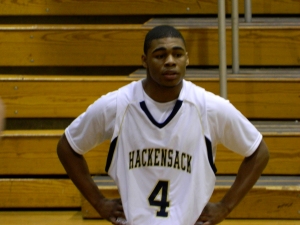 TL: But I digress. [Both laugh] I’m a big sports enthusiast. What do you feel is so great about sports?

JC: I think sports can relate to life. Hard work and dedication pays off in sports and also pays off in life. I think sport is a good life lesson. Without sports people wouldn’t have jobs and without sports people wouldn’t have something to look forward to.  I look forward to playing sports on Friday nights, but in order to play on Friday nights I have to maintain a great GPA, and I have maintain being an upstanding citizen. I feel like sports keep people on their Ps & Qs.

TL: UWANTGAME is one of the organizations sponsoring this film event. One of their missions is to really uplift young black men. If you would speak to that a little more…What do you think sports can do for young black men even if they don’t go on to play pro ball?

JC: Sports can get them into school. You can get an education just for playing sports. I just feel like going through sports is a great key to connect to kids. It doesn’t have to be black or white or anything like that, it can just connect to kids. But I feel like African-American boys excel in sports; that’s one [area] that we’re great in.  Not everyone is going to be the next Kobe Bryant and not everyone is going to be the next Donovan McNabb, but you can utilize the skills that you have in sports to get an education or a free ride in school.

TL: If you had the opportunity to hang out with any African-American historical figure, just straight up chill, play Xbox, basketball, or football. Who would it be and why?

TL: And by “a little Martin in him,” you mean he’s just a regular ol’ dude?

TL: Finish this sentence. In five years I…

JC: …will continue to make films and hopefully be a big time filmmaker.

TL: Get that Oscar®?

Jordan may feel like he’s “just an average kid.” But he definitely has above average ambition and talents for a person of any age.  Do not be surprised if you see him stutter step past Steven Spielberg, George Lucas, Spike Lee, or his favorite filmmaker Tyler Perry, to snatch that Oscar®.  Because this is one 16-year-old on a path to greatness!  Check out the schedule to see if Payin’ The Price and the Speak Up and Speak Out tour will be coming to your city soon.  And, if your town isn’t repped, I’m sure Jordan can pull some strings to get it there. He’s baaad!

NOTE: This story was originally written for UWANTGAME, a mentoring organization dedicated to student-athletes. Thanks to Chrisena Coleman for granting photo permission.

Tagged as jordan coleman, payin' the price, senator eric adams, speak up and get out, teen dating violence