Wax On, Wax Off

TWO POINT FIVE YEARS AGO I lay on a not-so-comfy or friendly table in a cold, sterile room with a gaggle of men and women dressed in flimsy aquamarine-colored pajama-like gear hovering over me. They were preparing to surgically repair the torn meniscus in my left knee. The quirky anesthesiologist hurled inane questions at me in an attempt to quash my nerves (it didn’t work). She finally instructed me to count backwards from one hundred. I acquiesced. When I awoke from my forced slumber I was twenty pounds heavier.

Ok there’s a lot that happened in between the dashes, or rather, DIDN’T happen. But the point is my body was neither taut nor svelte. B.S. (before surgery) I was jumping rope like Floyd Mayweather and I did my fair share of push-ups, not the whiny baby girl kind. Times changed and P.S. (yes, post surgery) I could barely jump in the shower or push-up a bra. I became weak like Popeye without his spinach. 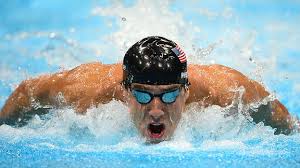 Sans the NBA-style getting-better facilities, my rehab was slow and annoying. Impact exercises strained my knee. So I did nothing. Well, I learned how to swim…sort of. And thought I would turn into Michael Phelps (without the DUIs), but alas, I’m still in the shallow end. Needless to say, swimming didn’t turn out to be the getting-back-into-shape panacea that I’d hoped. So I kept sitting…and getting, well you know.

One day I decided it was time to get my Kim Kardashian up off the couch and trade in my big girl panties for something bikinier. Let’s go!

I purchased a $40 Pilates Passbook from LivingSocial, which allowed me to try various studios and gyms throughout New York City, over 100 in all. Winning!

Nestled in the back of the book was a pass to Elite Fitness, a cool boutique gym in Brooklyn’s Columbia

Street Waterfront District. I had never heard of it, but I’m all about the adventure. I scanned the schedule on the gym’s website; among the Pilates classes, there was a Rowing Class (Olympics here I come…again) and TRX
Kettlebells.

I’ve seen the Kettlebell workout touted in magazines for a couple of years now. But I dismissed it as another trend à la Zumba, Spin, and Insanity, to name a few. Since I’m a rebel with a cause, I avoid trends like a vampire does the sun. But, there I was staring TRX Kettlebells between the “Ls” and I decided to shun my normal tradition of shunning trends (Hey, my life, my rules).

A quick Google search on kettlebells led me to Russia where the 300+-hundred-year-old “craze” originated. I grew excited cuz I was about to get my Drago on (R.I.P. Apollo Creed).

The TRX Kettlebells class at the super cute Elite Fitness was led by the super fit Darryl Aiken-Afam, a Martial Arts Master. Yikes!

We began the session with an exercise straight out of the Karate Kid. While we didn’t “wax on, wax off,” we cleaned the hell outta those shiny wood floors. My arms felt like ramen noodles and my Kim Kardashian was singing off-pitch Yeezus tunes. Mr. Miyagi would be proud.

At the end of the Karate Kid routine, Master Aiken-Afam-a maniacal smile plastered across his face-said, “That was the warm-up, now for the workout.” Damn. Damn. Damn! I was cursing Mr. Miyagi, Apollo Creed, Ivan Drago, and Bruce Lee.

On the floor, the kettlebells in all their deliciously vibrant colors seemed as appealing and ostensibly harmless as a bag of Skittles. But forty minutes and a million (ok, I exaggerate) Russian Kettlebell Swings later my arms went from ramen noodles to feeling like limp caution tape and I was panting like a pussycat on her tenth life!

Yeah TRX Kettlebell kicked my Kim Kardashian and never doing it again seemed like a wise decision. Nobody would blame me, right? After all, I do have that surgically repaired knee to fall back on. But quitting is not an option; like Lil’ Jon so eloquently said, “Turn down for what?!”